Today, the natural world faces many threats, but one of the most prolific is animal trafficking.

Trafficking concerns not only the illegal smuggling of species across international boarders, but it also includes trade in animal products used in traditional medicines or status pieces around the world.

Thousands of plants and animals are illegally taken from their natural environments, either alive or dead to be sold for a profit to the highest bidder.

We all know about elephant poaching for ivory and tiger poaching for skin and bones. But, there are so many species being impacted that you have never even heard of. 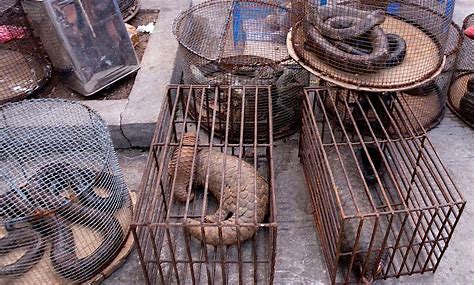 For example, Pangolins are by many accounts the worlds most trafficked animal.  Their only defense is to curl up into a ball, making them all too easy for poachers to capture them. They are then sold to be eaten as a delicacy and the scales are ground to be used for medicinal purposes.

Another unknown poaching concern involves giraffes.  They have been hit hard in many regions throughout their range in Africa and are being hunted for one thing, their tail.  The tail is used as a status symbol and is used to show one's wealth and power in some areas of Africa and around the world.  This senseless killing of one of the most iconic animals of the savannah, for essentially a trinket, is another example of the sheer amount of greed plaguing those who buy such goods.

Why would someone do this?

Many species are captured solely to be used as a display piece in a wealthy person's home.  The orangutan above was captured for just that purpose.

Others fall to the same fate as the tigers or elephants where they are killed for their pelts or ivory; and the entire population suffers because of the desires of a few.

Is there anything that isn't affected?

For the most part, no.  Almost every species of animal and plant, large or small has found its way into the black market and has been exploited for personal gain.

How can I help?

With the criminal organizations involved in trafficking being so well protected by corrupt government officials, brute force and shady back-alley deals; bringing the culprits to justice is a difficult task. 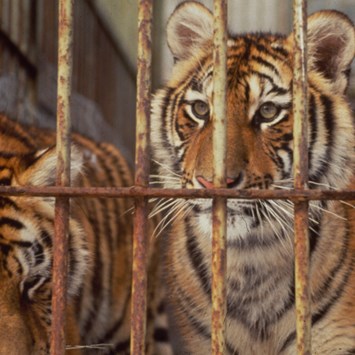 However, the World Wildlife Fund is actively working to put an end to illegal trafficking.  They are partnering with elite government strike teams in hotbed countries like Thailand and Vietnam to find those involved and cut the supply chain to pieces.

With every purchase 10% of the profits will go towards the WWF where they will be used to stamp out trafficking once and for all.  Check out the Anti-Trafficking collection here.

Help us spread the message about these animals in need of protecting and in doing so, we can all bring an end to this abuse of the natural world.